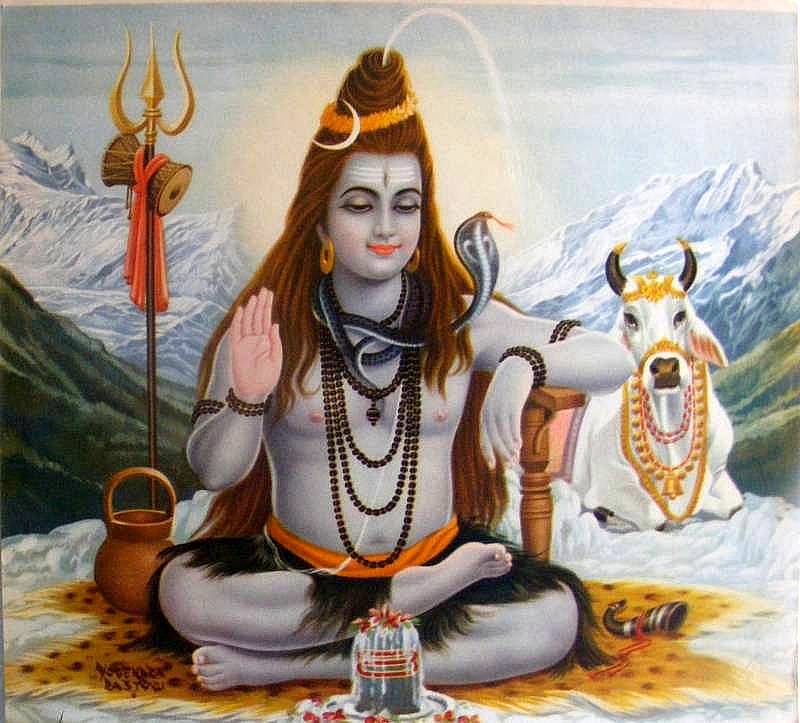 Mahashivratri “ The Great Night of Lord Shiva” is a Hindu festival celebrated all over the Indian subcontinent and in Nepal. In this day, observance of fast is known to surge spiritual energies. Lord Shiva is the ruler of the fourteenth night of every lunar month that’s is why it is known as Shivratri. Generally, Shivratri fast has done on every fourteenth day of the month but Mahashivratri comes once in a year that falls on the fourteenth day of Phalguna in dark fortnight. This night considered to be more significant than other nights of Shivratri. This day marked for chanting, pooja-Archana, all day long fasting and an all-night vigil.

So many legends are associated with this great night. Most common among them the marriage of Shiva and Parvati. According to Ishaan Samhita, this is the day when Jyotirlingas came to existence. One of the legends states that this is the day when Lord Shiva drank the Halahal poison produced during Samudra Manthan. He held the poison in his throat since then Shiva is also called Neelkanth Mahadev.

One of the legends mentions that on this day Shiva performed Cosmic dance. This dance signifies the creation, preservation, and destruction of the universe. Many artists perform in front of Natraja in temples across India. Most significant among them is Chidambaram where Lord Shiva is worshiped as Nataraj.

Anyone can perform fasting whether it is young, adult or old. Unlike most of the festivals, Mahashivratri celebrated in the night. Devotees Offer fruits, vilva leaves, datura flowers, sweets and milk to Lord Shiva in temples and homes. Offering vilva leaves considered very auspicious to Shiva Lingam. Symbolically Vilva leave represents three attributes of the universe that are Rajas, Tamas, and Satav. Therefore Surrendering vilva leaves to Lord Shiva brings balance in our nature. This night offers us a chance for introspection and helps in overcoming ignorance. As per the Skanda Purana –

In the darkest night of Shivratri, all kinds of spirits roaming, being the dev of all beings Mahadev also takes around in the night, therefore, revering Lord Shiva on this night vanishes all past sins and bring peace and harmony inside.

After taking bath, keeping Ganga Jal in one hand one should recite this mantra in the morning –

After that try to keep oneself silent and chant” Om Namah Shivay” throughout the day. In the night again after taking a bath, one should sit in east or north-facing direction and perform shodopchar pooja and along with this do Rudra Pathhttps://www.youtube.com/watch?v=XIG6-HG5VX4. Then the offering of seasonal flowers,vilva leaves, datura flowers, guggal dhoop, ghee lit Diya and naivedyam should be made to Lord Shiva. This day marked for chanting, meditation, pooja-Archana, an all-night vigil and all day long fasting. After making parikrama and offering Jal, pray Lord Shiva with this mantra-

As per Skanda Purana, who performs Pooja-Archana,Jagran, meditation and fast for Lord Shiva on Phalgun Krishna Chaturdashi that is Mahashivratri, never takes rebirth on this Earth. There are many stories mentioning the significance of this day.

Shiva is most compassionate this is the reason for him to be known as Bhola Bhandari who blesses his devotees with everything without asking.

Story of a Thief

once there was a rich man who after in bad company started stealing. on the day of Mahashivratri, he stole jewelry from a lady when she was performing the pooja of Shiva. He was caught red-handed and got death punishment for his deeds. Instinctively he was fasting and waking so that he can get into the lady’s house for stealing, therefore Lord Shiva gave him sadgati.

Story of a Hunter

On the day of Shivratri, one hunter was roaming all day for the prey without food and water. He did not get any prey so he hides in the bushes. Under the bushes, there was Shiva lingam and vilva tree. After a while, he saw a doe and accidentally he offered vilva leaves on Shiva and started throwing arrows on doe but she survived. In this way involuntarily hunter kept fasting and worshiped Lord Shiva. Hence Lord Shiva blessed him and liberated him from his deeds.

The Great Night of Shiva offers material blessings and well-being to householders, on the other hand, yogis can attain enlightenment and unboundedness. Furthermore, Mahashivratri is the divine night that opens the door for awakening and liberation. To sum up we can say that Mahashivratri offers us a possibility to introspect and helps in experiencing our existence with Universe

Scroll back to top